My landscape, nature and travel-photography

O n Gran Canary I do not only cooperate with Angela Faryes (Photographer & Model) but also with two first class make-up artists: Frederik and Tamasz of FRDK Hair Salon – located in the Hotel “Rondo”/Playa de Ingles. When Frederik decided to re-decorate the Hair Salon, he wanted to replace the dominant picture on one wall showing three Drag Queens. Knowing Angela and me, he wanted to hang up an underwater photo instead. “With lots of Hair and Cloth waving in the water!” This was the initial idea. In the course of time that changed into a photo with a Mermaid. He even bought a wig for it that had very long blond hair and more hair someone has on its head. 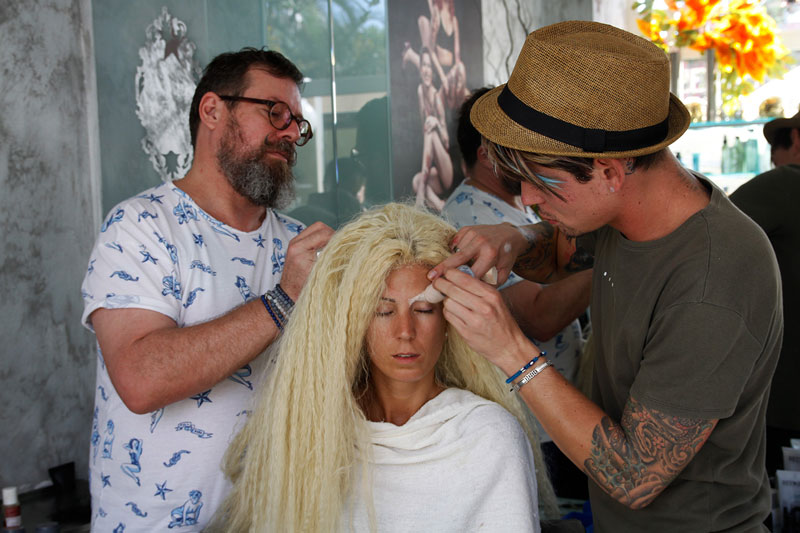 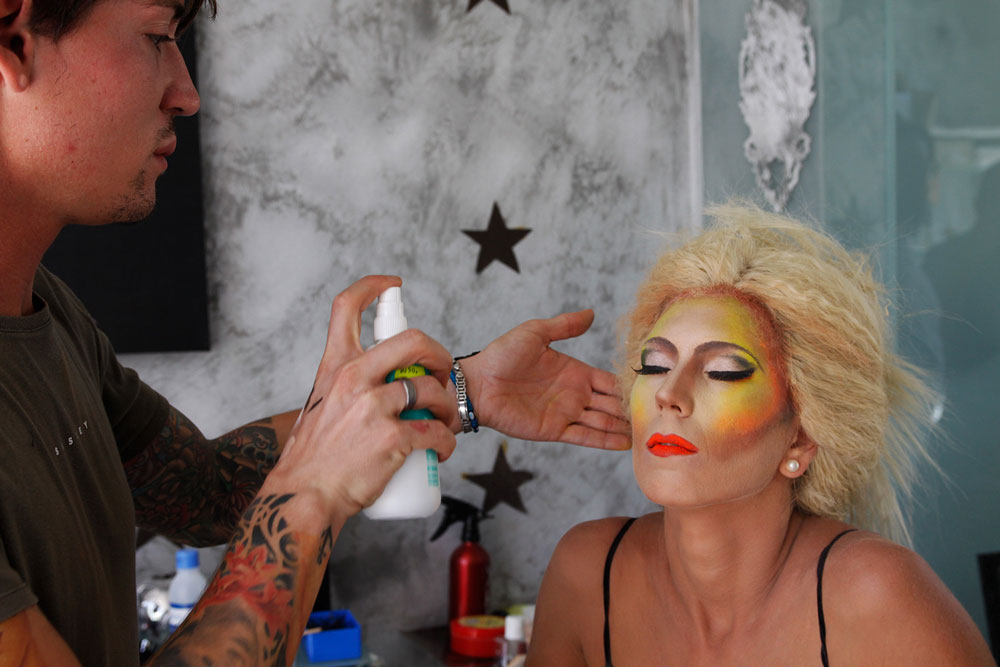 We planned two days to realize it. Day 1 with test-styling and –shoot, day 2 the real shoot. We chose Amadores Beach as location as we would have calm and very clear water if you are a bit away from the beach. We would use a pedal boat as floating support platform as it is difficult to really swim and dive in the Mermaid outfit (as it does not include a real mono-fin).

On day 1 Angela was styled by both artists in parallel. For them it was the first time they had to use waterproof/-resistant make up, hide Angela’s long hair under the wig and attach it so well that it would still stick underwater.It took two hours to style her as a Mermaid. Frederik and Tamasz were also testing various colors and ideas. But then they were satisfied and done and we drove to Amadores Beach. Angela with her styling and wearing the wig did steer up quite some attention as we were walking through the tourists on our war to the pedal boat renting station. With Tamasz as Boat-Captain, we drove the 30 meters to the location. Unfortunately the sun was behind the only cloud in the sky giving us not a lot of light and colors. Anyway, this shoot was to test how well make up and wig perform underwater. Angela put on the Mermaid outfit and we did our first shots underwater. From time to time, Tamasz checked the deterioration of the make-up. After one hour in the water we returned to the Hair salon for make-up removal.

On the main day the Mermaid styling took even longer as they put more make-up on her and fixed the wig even more. Color and Look was changed as well. Then we went to Amadores Beach again but having nice sunshine. It’s the perfect weather to make great mermaid underwater photos. The guy from the boat rental just smiled when he saw us again.Again we drove to the location where we wanted to take THE photo for Frederik and Tamasz. The sun was high up in the sky but not complete in the zenith. First we took shoots where Angela was diving in the bright blue water and then with rocks as natural background with the sunlight coming from behind. After one hour in the water we relaxed at a beach bar with coffee and smoothies. Promising Mermaid photos were spotted on the camera’s display already. Then back for make-up removal... which took also longer than the day before.

The following day we met with Frederik to show him our best photos so he could choose HIS favorite Mermaid photo. After limiting the selection down to 4-5 photos he chose that one, which is now hanging at the wall of the Hair Salon, which is used on advertising banners and business cards. And we celebrated the success of our project with an excellent dinner at the restaurant “Samsara” with its superb fusion cuisine. 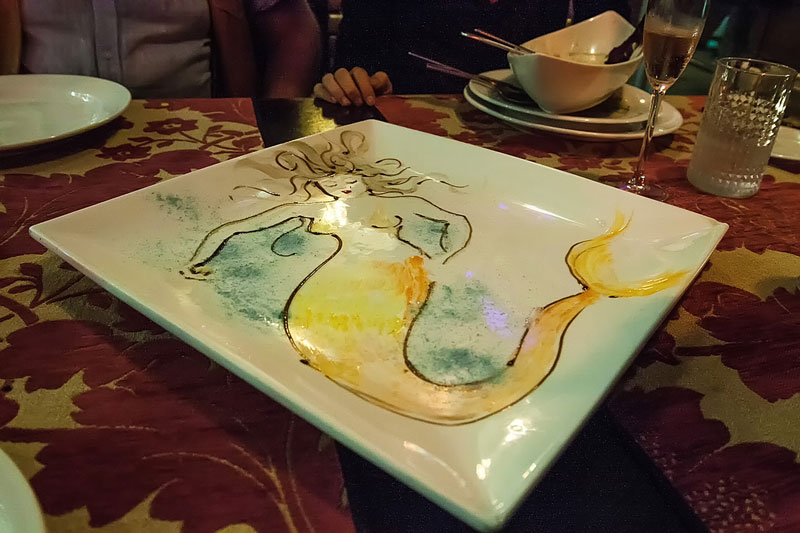 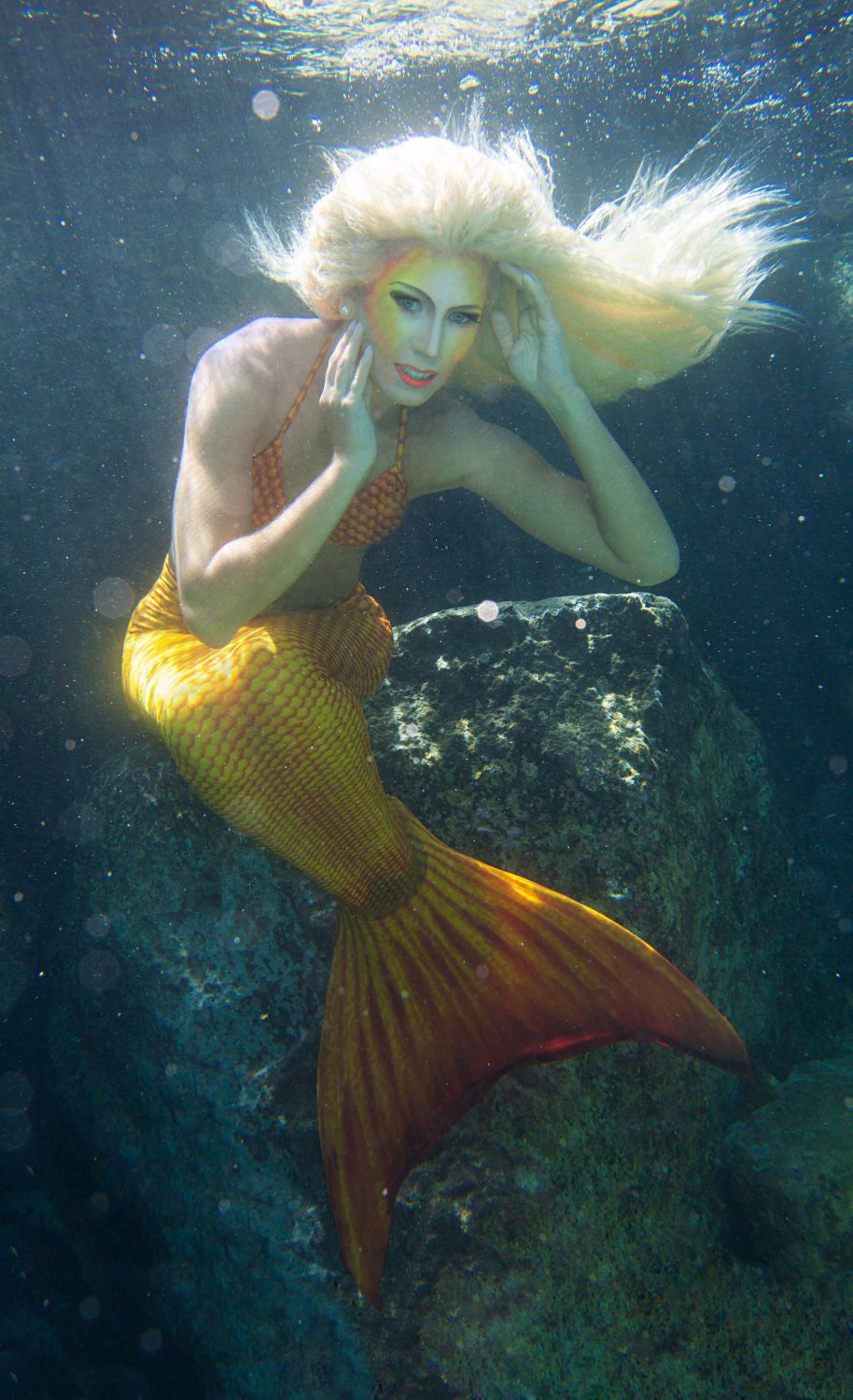